My Thoughts On: Winter 2013 Season Anime

The year 2013… the beginning of a new year, where we forget about all the bad things that happened in 2012 and look forward to what the world is going to bring us in the early future… as well as what new anime series Japan is going to bring out! Yes, 2013 means that we are treated to some new material brought directly from Japan; the home of anime! And this year we gotta pay some respect to those anime production companies over in Japan for bringing some pretty neat series straight to our anime-craving eyes… so first, let us salute.

All right… now that that’s over… let’s begin…

It was around mid-November. As I finished watching my daily dose of new anime from Fall 2012, I figured that I would check out the list for the upcoming series that would open for 2013. Of course, I was expecting some high quality anime as this would be the bunch that would give a thumbs-up or a thumbs-down for overall score for 2013 anime… in other words, I was hoping that there would be some good series.

And so, after snooping around animeph.com – which is a great site by the way, you should check it out (but don’t read their reviews. Mine are a lot lot better in a number of ways…) – I starting to read the list of the Winter 2013 Anime line-up. At first glance, I had mixed feelings. Some looked really awesome while others looked kind of ordinary, or even boring. But in the end, I managed to write down the list of ones that I would watch, and ones that I won’t. I ended up taking down most of the series for this season under the “will watch” list.

So I began to watch the first couple of episodes of each series. I have this rule concerning the judging of new anime: don’t judge the entire series just from the first episode. If you’re one of those people that judges a series based on how the first episode was, then I’m sorry to say this… but you’ve dropped a lot of really good series. So I advise you to go and watch the first 2-3 episodes instead, then decide whether its worth a drop or not.

Anyways, where was I… oh yeah, that’s right. So after I watched the first 2-3 episodes of each series, I ended up with quite a surprising result. For the most part, there were many series that I wasn’t sure about at first, that ended up being quite enjoyable to watch. On the other hand, there were also some series that I thought was going to be quite good but is “off to a slow start”. Of course, this is “My Thoughts On”, so my thoughts may differ to yours, but here is a quick list of my favourite anime series of 2013 thus far. In no particular order, they are:

– Boku wa Tomodachi ga Sukunai NEXT: What can I say? I loved the first series, and I’m also loving the current second series as well. No problems here thus far.
– GJ-bu: I wasn’t too sure about this one at first, but I’ve totally fallen in love with this series. A very funny and cute slice-of-life comedy.
– Sasami-san@Ganbaranai: A very unique and funny series. It’s animated by Shaft, so you know it’s going to be awesome.
– Mondaiji-tachi ga Isekai Kara Kuru Sou Desu yo?: I’ve actually read the first volume of the original light novel, so I was excited when I found out it was going to be animated. And the anime series has so far not let me down at all.
– Tamako Market: A slice-of-life anime made by KyoAni; also known as “The Gods of Anime”? Of course it’s going to be good. And I was right.
– Senyuu.: I’ve laughed my ass off in the first couple of episodes and they’re only about 5 minutes long. This one is definitely a keeper.

Well, I think the above image of Kakashi explains my overall thoughts pretty well actually. The openers for 2013 are mostly looking quite promising to me, which means that hopefully 2013 will be another great year for anime enthusiasts such as myself. Of course, we can never know how good or bad a series is until we watch it till the end (some series started well but ended up being crap at the end and vice versa). But if you’re leaving some series out, then just wait until a finishes and I’ll write a review right here saying whether it was the right or wrong choice.

If we keep going with this flow that has been started by the Winter 2013 Anime Season, then hopefully we’ll see a lot, lot more good series later in the year. As an anime enthusiasts, I’m looking forward to what 2013 holds for me! 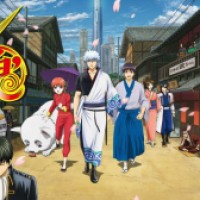