Anime openings… it’s only a short minute and a half long, but it gives us just that little glimpse of the big picture. The stories the characters and the overall feel of the anime series can be presented so well (and entertainingly) in a minute and a half. Us anime watchers love those anime openings; whether it’s listening to the song, watching the animation sequence, or in most cases: both! Some anime openings are better than others in more than many ways… but which are the best of the best?

Well, here it is! The Top 100 Greatest Anime Openings Of All Time as chosen by you! The anime lovers, fans and fanatics of the online wonderland!
I’ve been collecting votes for about 2 months, and the feedback was extraordinary.
In a little under 2 months, we managed to collect a whopping 3473 VOTES!
That’s truly amazing! And I thank each and every one of you that voted! Thanks to you guys, I managed to create a list that truly separated the good openings from the epic openings.
Although I had absolutely no part in this list, it seems that my anime-music sense was spot on with the rest of the community; most of my favourite’s obtaining a spot in the top 100. 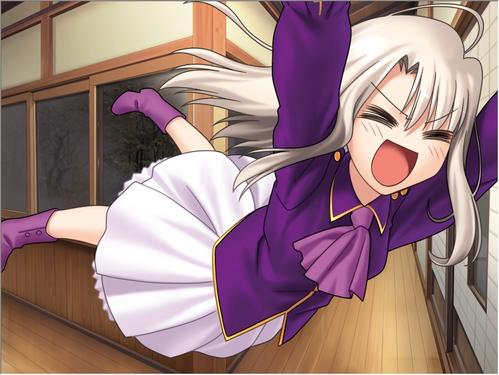 Just sliding in at number 100 is this OP right here. I actually quite like this song; it is also in my anime song collection. It’s not really surprising that this opening manage to stay in the Top 100. I mean, a full-length movie only just recently came out for this series, so you know it’s worth a watch. The second OP is also very good (but unfortunately missed out on the Top100), so give that a listen as well if you haven’t yet.

#99. Highschool Of The Dead OP – “HIGHSCHOOL OF THE DEAD” by Kishida Kyoudan and the Akeboshi Rockets

This song is abslutely EPIC!! And personally, I believe it deserved a better spot than 99th (and I’m sure a lot of H.O.T.D. fans would agree with me). This opening not only has a rock-out tune, but it also comes with some kicka*s animation sequences (as well as a little fan-service, which is always a good thing…) that fits the overall plot of the series. A great opening fit for a great anime.

Ah… the good old days. This anime just spells “nostalgica” for me… back when REBORN was an actual comedy series (and not the action-packed story that it turned out to be in the end). But all in all, this opening is just a feel good, chill-out rock song that you can sing along to at an casual time. Trust me, after a while this song will get stuck in you head SO BAD. But that just shows that it’s a great opening. This opening is probably one of the best REBORN openings, so I’m glad it managed to secure the 98th position.

I don’t know what it is about this song that makes it so good! A lot of hypotheses pop up, but it’s most likely because the first OP for Fate/Stay Night just sucked monkey butt. Or, perhaps his OP is just good in its own right. The singer of this opening has such a perfect voice for this track, and it really makes you want to sing along (I know I do). Also, this is another great series so check it out.

To be honest, I never really got into the sequels/spin=offs of the original Mobile Suit Gundam series, and that’s including this one. But I will admit that this opening is quite catchy and fits the Gundam series quite well. The only problem I ever had with the Gundam openings was the fact that all the sound effects of the robots fighting would be playing while the opening is going on, thus unable to hear the opening song clearly. Never figured out why they do that. Never figured out why nobody complained either.

Oh yes… there’s always got to be an opening from one of the many “mainstream” anime series. But I mean, that’s not a bad thing. In fact, there’s a reason why these mainstream anime series become “mainstream”; they’re purely enjoyable, that’s it. And that goes for their openings as well. Naruto OP 3 is personally not my favourite, but I think 95th place is a fairly accurate placement for this opening.
Oh also, I couldn’t find a video showing the animation + song on Youtube, so the above video is song only (if you want the video, watch the Naruto anime between episode 54 – 77 to view the opening).

I have never watched, nor heard, of this particular series until I started to receive votes for this opening. I watched the opening, and it’s pretty damn good. The synopsis to the story also read, and it seems pretty damn good. In other words, I can’t say much about this anime as I have not watched it, but it has definitely been added to my list of “must watch anime series”. If anyone has seen this then please let me know if it’s any good. Because just from the opening, it looks pretty good.

Again, here’s another Gundam sequel that I have not touched on at all. But I had a listen to this opening and I must say that it is pretty catchy. Although not my favourite Gundam song, I can see why people would enjoy this song. Also, who can not like T.M.Revolution? They’re stuff is just freaking awesome.

Ah yes… almost everyone in their late teens/early 20’s will know this anime series. Many quoting it to be “nostalgic” and “childhood” centred. As for me, I grew up watching such series as Doraemon and Pokemon, and not CCS. But still, I know of his series and I have always liked the openings of this series. The songs are cute and fit the story and overall feel of the series very well.

Amazingly, I haven’t actually watched Full Metal Panic! yet. Amazing, I know. This is a animewhere the title pops up every now and then in forums and such, but I can’t relate to those posts in any way, shape or form. In fact, this is the first time I’m ever talking about this series. But other than that, I actually quite like this opening song. Very catchy. The overall opening animation is also nice and fits the song very well.  may have to start watching this series.

Aaaannnddd here’s the first opening for CCS, which we just talked about just a while ago. But I do believe that the first opening was the best for a number of reasons. Firstly, it’s the opening that sybolises CCS and is the song that most people recognize to be that of CCS’s. Also, the song itself is just cuter and better. I know, it’s all personal thoughts. But that’s what I think. If you think different, comment below.

Oh look! Another T.M.Revolution song! And within this post too! Just goes to show how much T.M.Revolution songs are being loved b the anime community. But I have to admit, this opening is just so much better than the other one. For one thing, Soul Eater was an awesome series. And secondly, the animation that goes with the song is just great. So I personally rank this one higher (and so does the anime community I see…)

Again, here’s another series that I have neither watched nor heard about until recently. But watching this anime opening made me want to really really watch this series. I mean, it’s just so damn catchy!! It’s one of those feel good rock songs that makes you want to start running to unknown locations like they do a lot in anime openings. Not too heavy, but not too light. The perfect kind of anime opening.

OH YES. Now THIS is my childhood! Listening to this every morning and singing along at the top of my voice like an idiot made me alive (and oddly enough made me who I am today: a true otaku). But c’mon, this has got to be one of the most classic anime openings out there. There’s a reason why this was ranked higher than CCS; because more people watched this than CCS (I’m not saying one is better than the other, so don’t start an argument about that).

OK. I think this needs a bit of explanation (especially for those who just clicked that video above and watched this opening for the first time). You may be a little (probably very) confused as to what you just watched. But watch it a couple more times… it gets engraved in your brain for all eternity. Seriously, this opening is just so stupid and strange that it’s good. And here’s a fun fact: the artist who wrote this song is called Dimitri from Paris, ho is an actual DJ from Paris (I’m not kidding, look it up if you don’t believe me).

THANK GOD this opening made it into the Top 100. Because it’s up high on my list of “the most chilling anime openings of all time”. It’s just such a great song to listen to; the singer has an amazing voice, and the song and overall animation just fits the dark and chilling mood of the entire Jigoku Shoujo series. By the way, I put Hell Girl in brackets because I personally dislike when people use the title Hell Girl. Jigoku Shoujo just sounds so much more… cooler. By the way, the ending for Jigoku Shoujo is also chilling and awesome. I ecommend it if you haven’t listened to it yet.

#84. Outlaw Star OP – “THROUGH THE NIGHT” by Arimatsu Masahiko

This is a great opening! I mean, really great! It’s got great pace and energy, that fits the overall pace of this fast-paced and exciting series. I haven’t watched this series in great detail (I remember touching on it a while ago) but I do remember this great track and this great opening. I’m very happy people remember this under-rated series and opening.

Hmm… well, I can only say a few things about this one. For one thing, I have neither heard or watched this series before. And second, I truly can’t understand how this opening got into the Top 100. I mean, if you like it then air enough. But I’ve watched the above video a few times now and I just can’t get into this song at all. But I guess everyone has different tastes in music, so I respect that.

#82. Gunslinger Girl OP – “The Light Before We Land” by The Delgados

Here’s another new one for me. And from one glance (or listen) to this opening, I kind of get the Serial Experiments Lain feel to the anime opening. For one thing, both use sow English spoken lyrics, and use dark artworks and animation. I mean, that’s a good thing obviously. I LOVED Serial Experiments Lain. So this one is good. It deserves this placement I think.

Agh! What’s with all this new anime! I can’t talk about the series, let alone the opening, in great enough detail for you guys to understand why it is placed in this particular placement. I’m not a big fan of these shoujo-manga type stories, and I can’t really like these kins of openings either. But I guess I can understand why the female population would dig this series and vote for this particular opening. All in all, fair enough.

Well, there we have it!
#100 to #81 in The Top 100 Greatest Anime Openings Of All Time list.
Maybe there were some of your favourites in there, or maybe there wee some songs in their you voted for yourself.