“Heartwarming and funny little series with a deep message!”

We see all different kinds of families in anime, ranging from absolutely normal to over-the-top strange and unique. When we imagine families, we think of the usual: father, mother, the protagonist and his/her siblings (and maybe even pets every now and then). But this family is a little different. In what way, you ask? Well, for starters… they’re all raccoons, or to put it in a more anime-like way, they’re all tanuki’s!

END_OF_DOCUMENT_TOKEN_TO_BE_REPLACED

Ah music… the splendid sounds that pass through our ears and makes us feel different emotions… I’m sure you are one of the many billions of people who love to listen to music. Music has this wonderful power to not only make us feel, but to also connect people together and sometimes, even change lives (fyi, music just so happens to be another one of my many passions besides anime). Well, this anime will show you just what music, and love for music, is capable to do to a group of people.

END_OF_DOCUMENT_TOKEN_TO_BE_REPLACED

“This is a true masterpiece that will never be erased from my mind!!”

As this right here will become my 50th review here on TheAnimeMan (woop woop), I have decided to finally review one of my all-time favourite anime series. This series is truly “a masterpiece”; that’s really the only way that I can describe this anime to you without having to write a massive 700 word review for you (like I am right now, ironically enough). If you love your anime, you sure as hell know this series. If you don’t know it, then you sure as hell need to know this series.

END_OF_DOCUMENT_TOKEN_TO_BE_REPLACED

“A slice-of-life full of drama, love and importance of growing up” 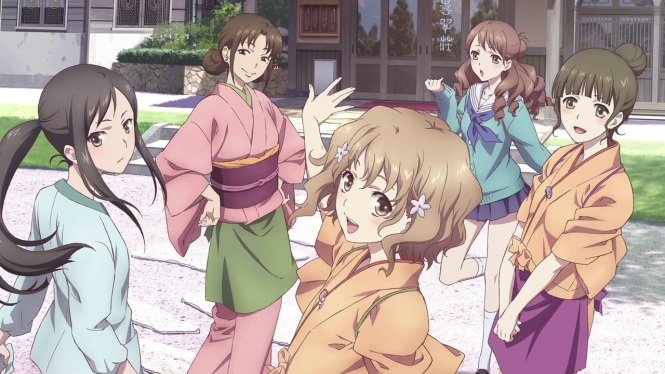 We are back with another series that fits into my favourite slice-of-life genre; as with a lot of slice-of-life anime series, there is comedy. But this series is little different – the main genres that are focused in this series are romance, drama and coming-of-age. Let’s see what that’s all about.

Hanasaku Iroha revolves around a young girl called Ohana Matsumae, who is left to move out of Tokyo to her grandmothers place after her mom ran away with her boyfriend. Her grandmothers place is later revealed to be a large hotel; a traditional Japanese hot spring inn called a “ryokan” clled Kissuisou. Her grandmother makes a deal, who owns the ryokan, that Ohana is allowed to stay if she is willing to work for the ryokan. Agreeing to this, Ohana starts working at the ryokan. As she meets everybody that works there, she slowly starts to get close to them all in separate ways, and start to realise the complicated relationships and dramas that happen within the ryokan.

Unlike the seemingly simple plot, there is extensive character development  and twists that flows smoothly as the story progresses.

As you could maybe recognize by the character designs, this series is animated by P.A. Works (animated such notable series as True Tears, Angel Beats! and Tari Tari), while also writing the entire series as well; as P.A. Works are known for their drama/slice-of-life anime series, they did a good job in the overall execution of the animation, characters and plot. Some notable voice actors include Kanae Ito (who plays Ohana) and Aki Toyosaki (who plays Nako). These two voice actors have been known to be best friends outside of the anime industry and thus have starred together in a lot of different anime series (such as To LOVE-ru, Shugo Chara! and The World God Only Knows) and have naturally become very good together within the anime industry.

All in all, Hanasaku Iroha is a very well executed anime series that has been cleverly put together to create a flowing storyline without feeling like you are missing out on anything. With the success of the 26 episode anime series, there has also been an announcement for a full-length movie due to be released in Japan during March 2013. If you are of P.A. Works or drama/romance anime’s, then series is definitely a good watch. 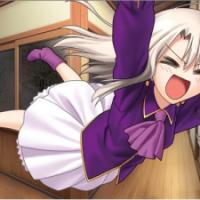